The Loyal Guard: Luca’s Very Own 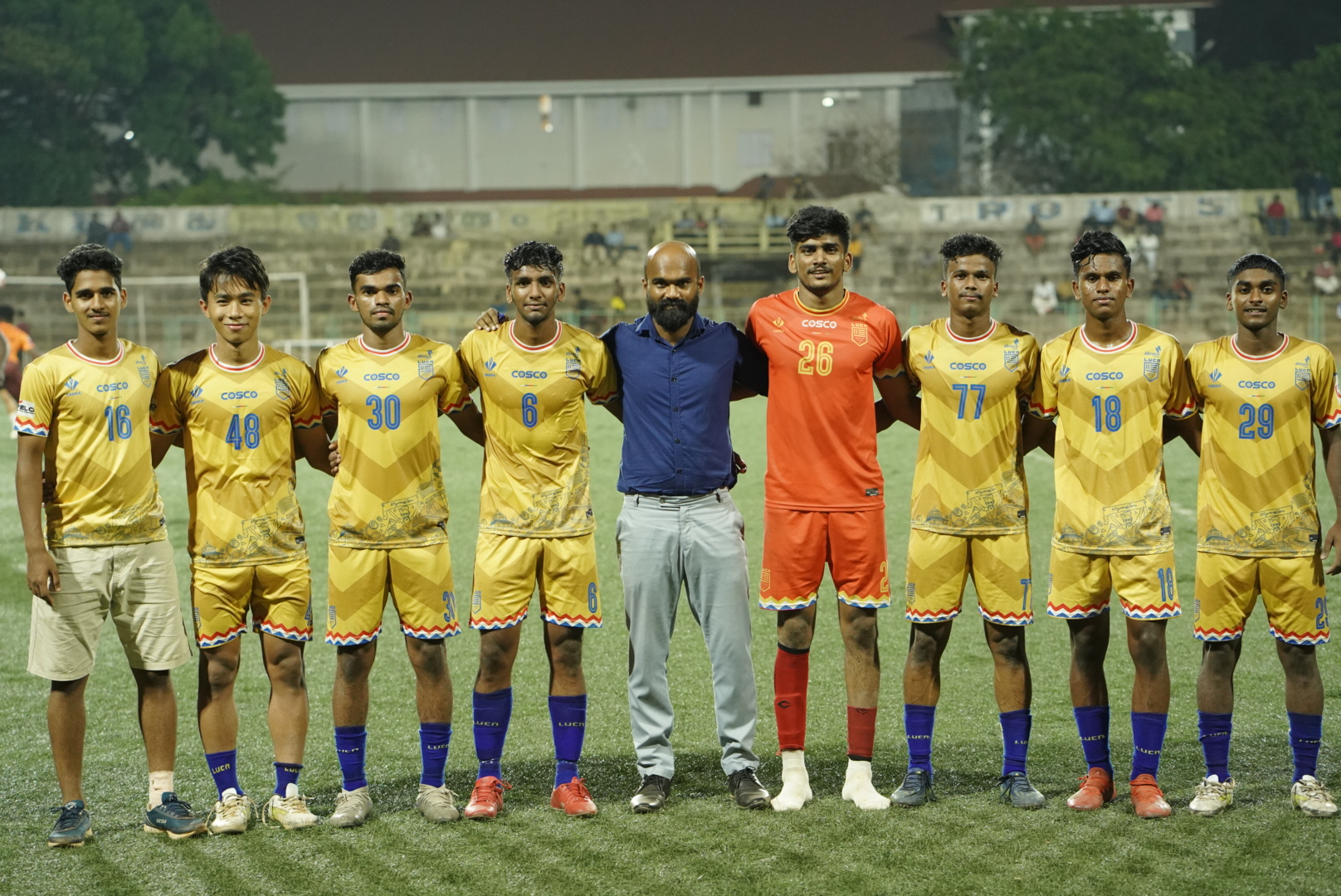 If there is one thing Luca SC takes pride in, it is their relentless effort to promote young talent from their academy. This year, the KL10 Blues had 8 academy players make an appearance for the senior squad in the Kerala Premier League. The flag-bearers of the club’s academy stand as a testament to the club’s philosophy.

Here are the EIGHT.

Mr. Dependable.
Adept on identifying space and efficient with distribution, Aswin had a remarkable season playing for the U-18 squad in the Youth Soccer League. He earned his first start against Wayanad United FC in the 2021-22 season, exhibiting his strengths in proper fashion.

Favourite Luca Moment: Getting Promotion to Senior Team in 2021.

Baby-Faced Assassin.
The 16-year-old has already etched himself in Luca folklore when he scored the winner for the club in the final of the 2021 Bodousa Cup. Joshua also became the youngest player to feature in the Kerala Premier League for Luca SC when he came on as a substitute in the opening match of the season against FC Kerala.

The Gatekeeper.
Liyakath was promoted to the senior team in 2020. He earned his first KPL start in the second match of the 2021-22 season when he featured in goal against FC Areekode. He started four times this season, notching a clean sheet against AIFA.

Favourite Luca Moment: Getting to start in the Kerala Premier League.

Sleek Professional.
One of the first names on the teamsheet, Luthaife aka Babu has been a part of Luca SC’s KPL squad since the 2020-21 season. He has proved to be a valuable piece in the Jigsaw puzzle that is Luca. Brilliant at creating space for himself with his quick feet, the young star is already making huge strides in professional football.

Favourite Luca Moment: Getting Promotion to the Senior Team and getting to play in KPL in the same year.

Flashy Perpetrator.
A strong midfield presence, Sajjad’s quality came to the forefront for the Kerala football fans during his brilliant KPL debut against Gokulam Kerala FC. The attacking midfielder played a key role in the win with his relentlessness and overall energy, a testament to his unyielding mentality.

Ankle-Breaker Extraordinaire.
Arshad A earned a mid-season promotion to the senior promotion, after a brilliant run of performances in the Youth Soccer League campaign for the U-18 team. He earned his first KPL appearance of the season when he came off the bench against Wayanad United FC.

Favourite Luca Moment: 2019 Reliance Tournament. Was the captain in the quarterfinals, scored two goals to secure a comeback win and won the man of the match award.

Limitless Engine.
The wily midfielder from Nagaland joined in the academy at the beginning of the 2021 season, from where he was promoted to the senior team. He featured in two games for the team, coming off the bench against AIFA before starting the last game of the season against Wayanad United FC.

Hardworking Menace.
Sahad’s rise to the top is a testamanet to his effort in the 2020-21 season, Sahad earned promotion to the reserve team and continued to put in work to be finally moved to the senior team. His KPL debut came against Wayanad United when he came on in the second half.