A torchbearer for the future: Njammale Hadiya 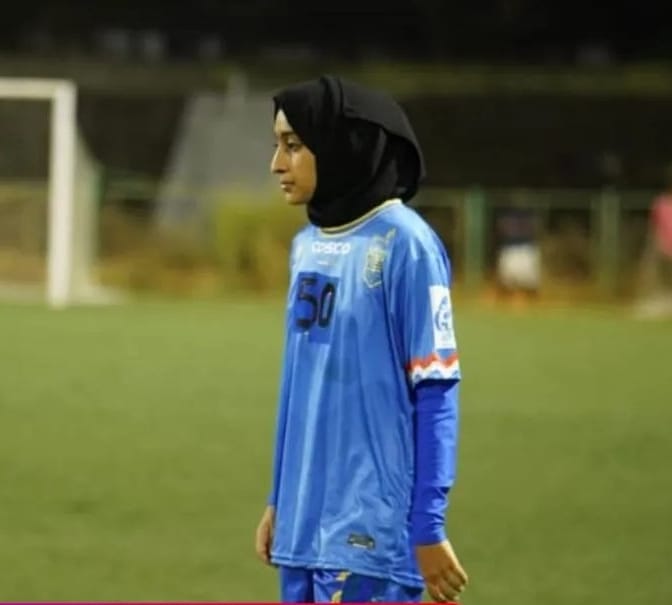 For people that are social media savvy, Hadiya Hakeem is a familiar name. The freestyle footballer has been making waves in the freestyle community as well as the footballing world. Hadiya was a part of the Influencer Cup held in Qatar, a promotional event held before the 2022 FIFA World Cup where she helped Team Asia reach the finals. Coming from Mukkam in Kozhikode district, Hadiya was a part of the inaugural Luca SC Women’s Squad that participated in the Kerala Women’s League.

I was interested in football from a young age. It was in school that I first got the chance to play the beautiful game.

My biggest support has been my family. They have helped me a lot in following my passion and have been my biggest fans since day one.

Happiest Moment at the Club……

My happiest moment was when Luca SC scored the goal against Kerala United.

Improving Women’s Football in the State…..

More football academies for Women need to come up. All schools should also actively promote girls’ football by creating football teams for them.

My ambition is to have a full-fledged career in Freestyle football.